How We Came to be

felənē® vodka was conceived by the company founder, Tim Kelly while on a road trip through the American heartland.

After visiting dozens of distilleries and speaking with hundreds of people, he was convinced there was a better way to make vodka. 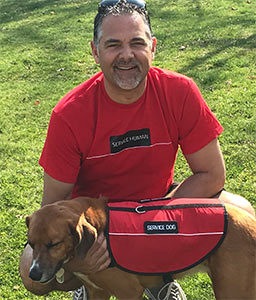 Tim bought his first 16-gallon column still in 2016 and began experimenting with his own style of vodka. After years of testing and refining his recipe and process, felənē® vodka was born.

Tim’s journey through the American Midwest inspired him to find just the right place to make felənē® vodka. He searched for a place and people that reflected the values of what he created. felənē® vodka has now found its home in the Rockies in Denver, Colorado.

felənē® vodka is a hand-crafted, American-made vodka using pure, organic, non-GMO, sugar cane. It is designed to be a simple, honest, premium quality spirit that can be enjoyed on it’s own or accompanied with a favorite mixer. Taken from only the Hearts of the distilling run, there is no higher quality spirit in its class.

Like all vodkas (that do not contain flavor additives) felənē® vodka is gluten-free.

This website uses cookies to improve your experience while you navigate through the website. Out of these, the cookies that are categorized as necessary are stored on your browser as they are essential for the working of basic functionalities of the website. We also use third-party cookies that help us analyze and understand how you use this website. These cookies will be stored in your browser only with your consent. You also have the option to opt-out of these cookies. But opting out of some of these cookies may affect your browsing experience.
Necessary Always Enabled

Any cookies that may not be particularly necessary for the website to function and is used specifically to collect user personal data via analytics, ads, other embedded contents are termed as non-necessary cookies. It is mandatory to procure user consent prior to running these cookies on your website.